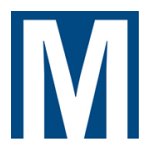 In 1964, 31 years earlier, Teijin started developing PEN and launched it as Teonex® . Since then, Teonex® has been popular as a functional material for industrial parts and packaging materials for food and medicines, and is constantly expanding its field of application.

Teonex® is a crystalline thermoplastic polyester, a polycondensate of NDC as the acid component and ethylene glycol as the glycol component, produced in a process similar to that of polyethylene terephthalate (PET), a typical polyester.

The property of Teonex® is considered better than that of PET.

Teonex® is a crystalline, slow-crystallising resin that facilitates the moulding of transparent moulded products.

Teonex® Q51 polyethylene naphthalate film has an increased temperature resistance compared to standard PET films, which is why it is listed as a class F insulating material (155°). Furthermore, the PEN film complies with the UL 94 VTM-2 standard and is RoHS compliant according to 2011/EU.

Areas of application for Teonex® Q51

Teonex® Q51 is used in the construction of electric motors and in the manufacture of transformers, where it is used as an insulating layer.

Teonex® Q51 can be processed very well. We can produce laminates, adhesive tapes, rolls and die-cut parts from this PEN film.

PEN film can be processed with all existing die-cutting techniques. Die-cut parts made from PEN film can be supplied as individual parts, on rolls, in magazines and stacked.

Adhesive tapes can also be made from PEN film. The film can be easily feathered like polyester film, so that feathered PEN film can also be supplied.